Exhibition Text:
The Viennese author and sex activist Karin Rick participated, already in the 1980s, in the heated discussions on pornography and took a feminist, as well as a sex-positive, stance. In her literary texts and performances, she advocates the recognition of female autonomy and desire. She dealt with issues concerning social construct of gender and sexual identity long before “queer studies” was coined as a term. For her, the dildo is not just an object of female desire, but also a symbol of the appropriation of power of control over one’s own (female) body.
(published in the Exhibition Catalogue, Sex in Wien –  Lust, Kontrolle, Ungehorsam, Wien Museum, Metroverlag, Vienna 2016, p. 139) 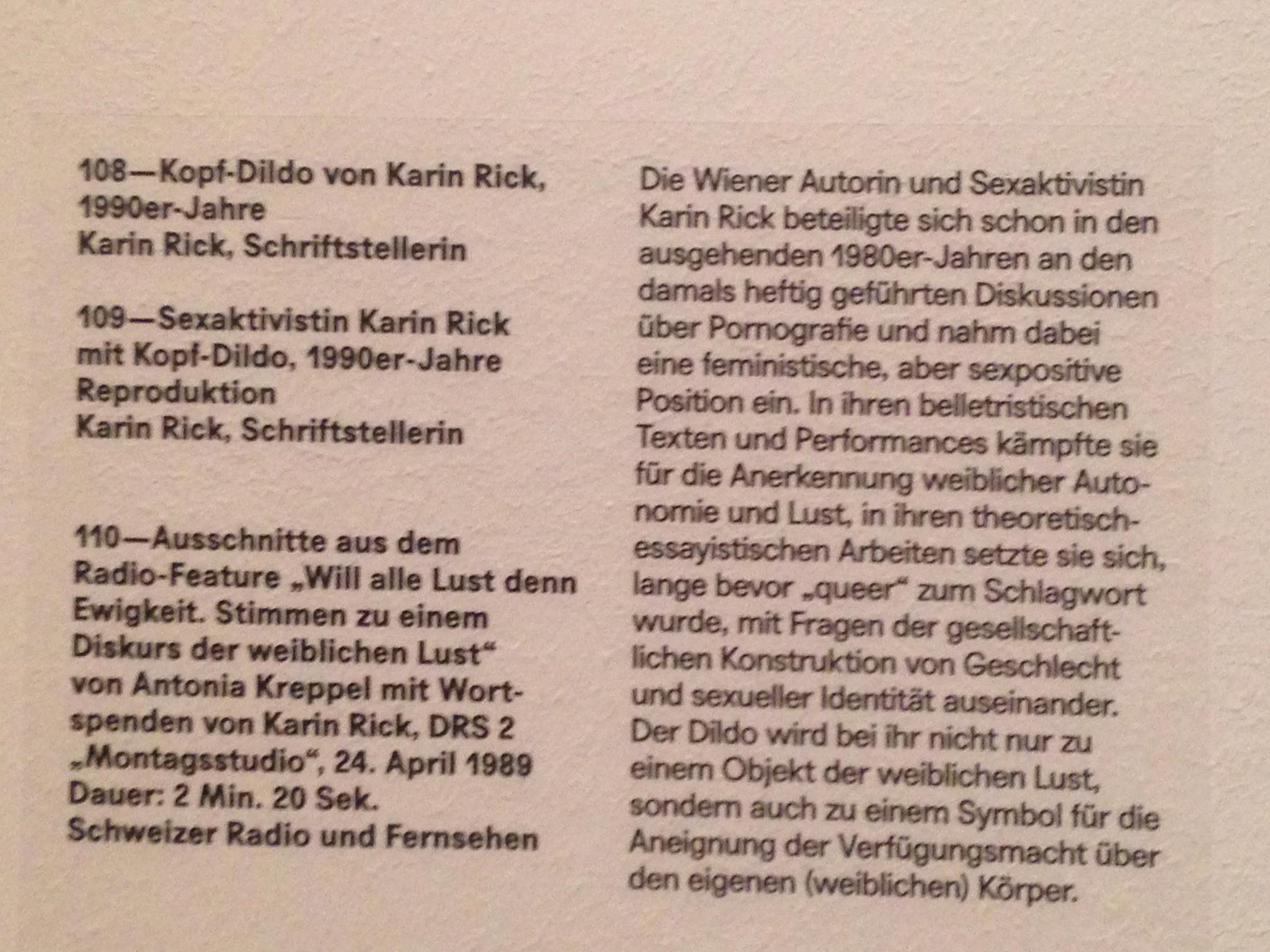 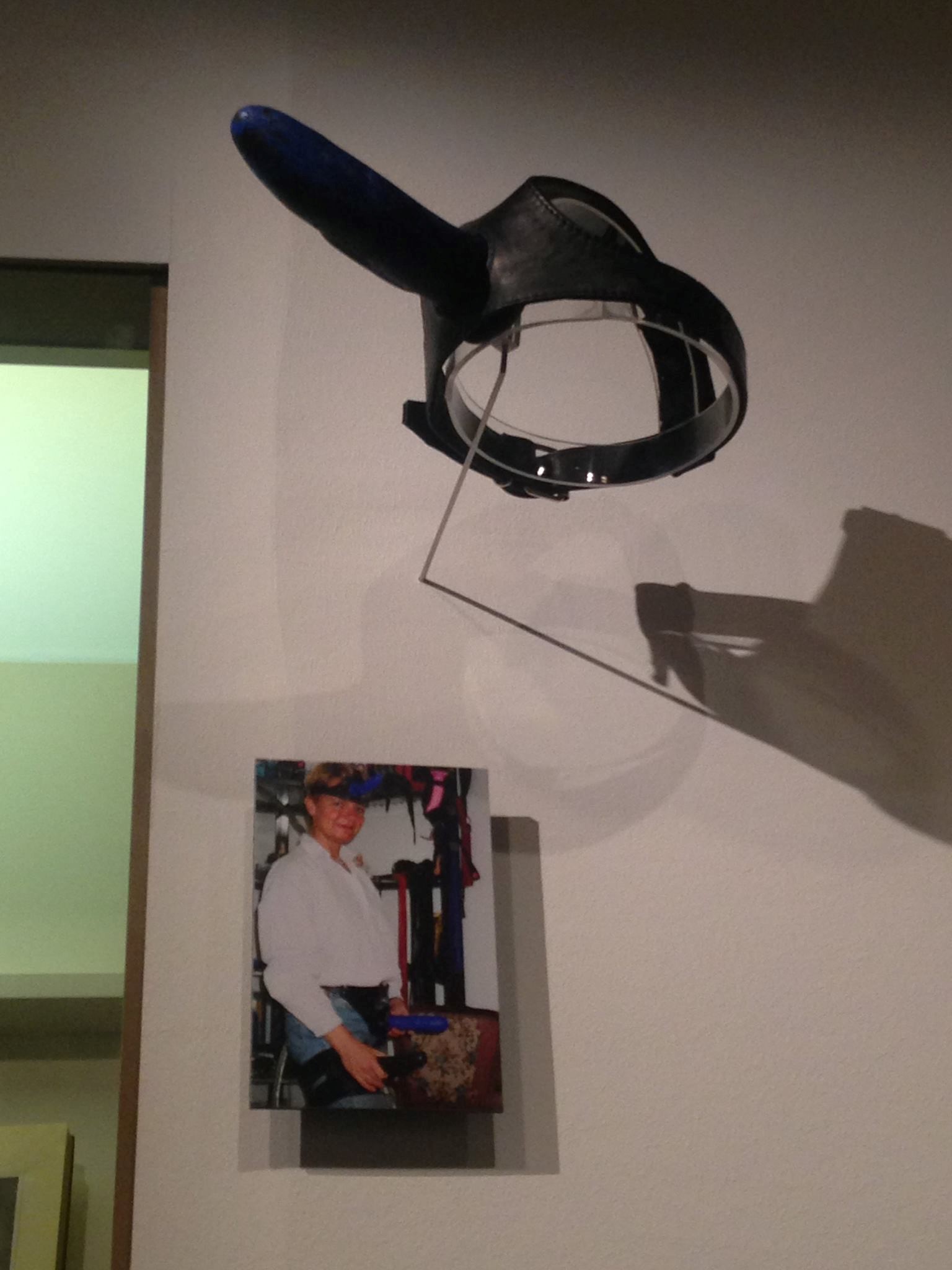 Back to the NEWS