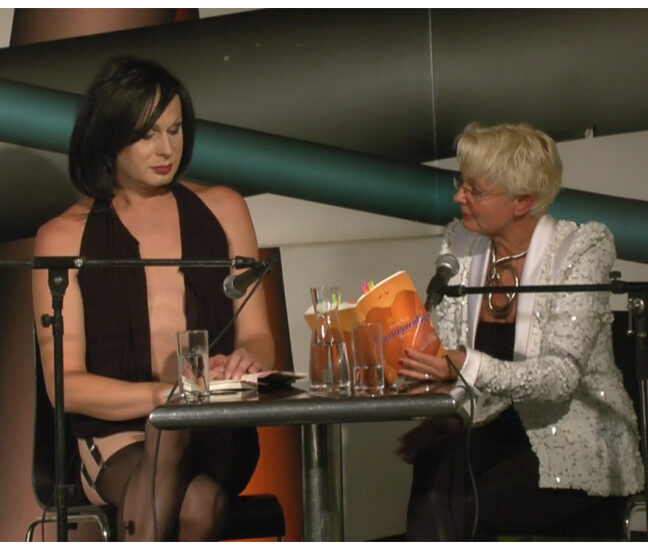 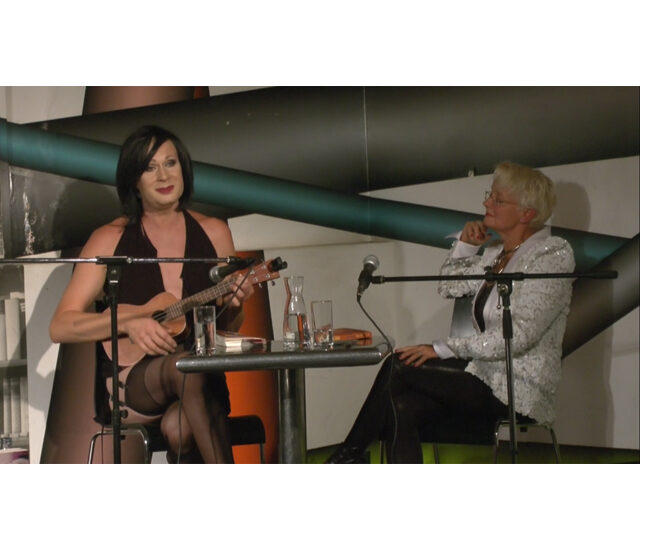 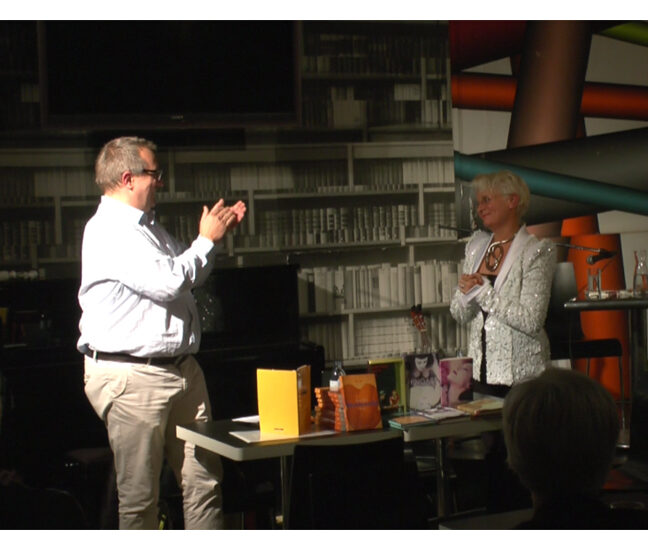 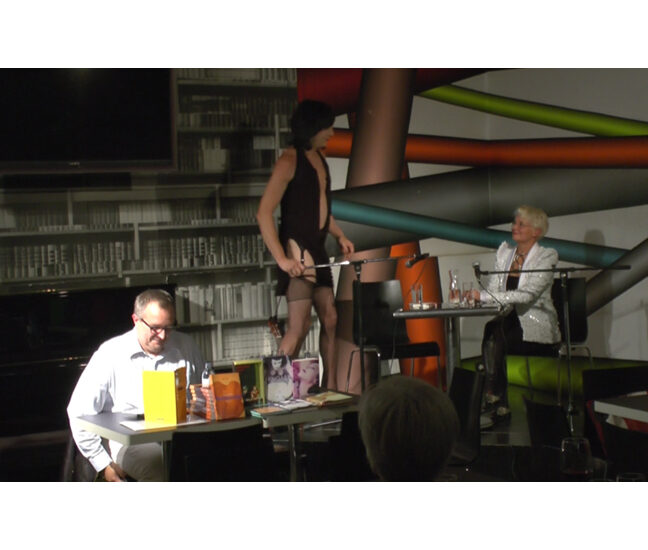 Actor and entertainer Lucy McEvil and me presented scenes from my latest novel Venuswelle/Venuswave at Literature Café Korb.

Already the first sentences about the setting of the story revealed a play with gender identities and the art of metamorphosis. In the scenic dialogues the protagonists of my novel, Steve, his alter ego Cindy and Nina took shape.

Illusion and reality, delusion and truth were even more refracted by our role play. Lucy did not take over the part of the transgender woman – so much expected from her – but spoke as Nina, the fotographer, who sees in Steve an object of her desire and a muse for her art. And I slipped into the role of Steve who wants to be desired as a woman.

Being on stage intensified the literary metamorphosis and the mutual reflexion of desire – a desire which can never be tied up but is constantly on the move for more satisfaction.

Andreas Brunner, historian and curator of the exhibition, „Sex in Vienna – lust, control, disobedience“ in the Wien Museum hosted the event.

A great thank you to Lucy and also to the audience for their inspiring questions.

Back to the NEWS